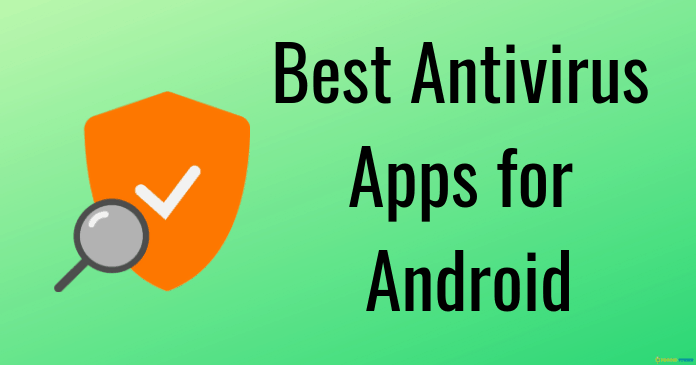 Best Android Antivirus Apps That You Must Try Right Now:

As technology advances, cyber crimes and risks grow more and more, and hence, there comes the need to protect your system from virus, hazards, and other malicious attacks. Therefore, there is a definite requirement for anti-virus. Antivirus Apps comes with a wide variety of features and performance. And a wrong choice can make your system, information, and other confidential stuff vulnerable.

So, you must know which Antivirus is best suitable for your Android smartphones as per your needs and daily routine with the online world. Here is a list of some of the Best Antivirus Apps for Android devices with a brief description of their performance, features, and peculiarities. Kaspersky is one of the most efficient and reliable antivirus apps for android. As per the observation by AV-Test, Kaspersky can detect 99% of the malware from a device. Kaspersky comes in paid as well as non paid versions. The paid version includes premium features like real-time protection, anti-theft, anti-phishing, and an app locker. Kaspersky allows you to access all the premium features for a free trial for 30 days. Avast Mobile security is yet another antivirus app which provides similar features as that of Kaspersky but for free. However, it has ads, and you need to pay to get rid of them. Also by paying you can have access to some extra features like camera trap, lock access, etc.

Avast is famous worldwide and is supported by many platforms like Android, PC, or Mac. It has a free app for Android users, which has over 100 million downloads in the Play Store. With just a tap, the Avast engine scans for any threatening or infected apps and trojans, and afford complete protection against spyware and viruses. Here you can enjoy many features for which you had to pay in case of Kaspersky like call blocker, Anti-theft, power saver, RAM booster, Junk Cleaner, Firewall for a rooted Android device, Web shield, Wi-fi scanner, etc. No doubt, Avast Mobile Security has henceforth attracted many users just because it is available for free. In the competition where all the antivirus apps were beating each other by claiming themselves as free, Bitdefender Antivirus decided to hit them all by being the most powerful. And indeed it is observed to be a very powerful antivirus that uses cloud technology to scan for viruses. Through AV-Test, Bitdefender strives to scan for 99% of all the cyber threats in a system. In-the-Cloud technology also makes this App to be the lightest weight and also has a faster scanner rate. Malware scanner, web security, account privacy, Anti-theft, and App locker, etc. are some of the features you can avail in the paid version. However, there is a free trial of 14 days to experience and think about if actually, those features are available.

Bitdefender offers more features (and extra utility tools) in its antivirus products than Kaspersky. Independent tests prove that both software provides excellent protection against all sorts of malware, but Bitdefender is slightly ahead of Kaspersky regarding system performance. When most of the Antivirus Apps were competing by 99% of malware threats, Norton hogged the limelight by securing a complete score of 100. It can detect malware, spyware, trojans, etc. even in the free version.

Norton did not limit its’ features only to App locks, Anti-theft, etc., it can also trigger an alarm when your phone is misplaced, can block unwanted calls and messages and also can control data theft.

With separate stand-alone apps such as app locker and password manager which are available for free in the Play Store, it has gained popularity worldwide. The advanced premium features are accessible for a  free trial of 30 days. Overall, Norton Security is one of the most authentic and best antiviruses for android.

Norton also has a premium version and is one of the most expensive plans. But it includes backup software with 25 GB of online storage. Hence the paid version is worth if there is a need for such tools. Encryption, file shredding, secure web browsers are some of the features not available even in the premium version. Norton, therefore, does not remain the most dominant Antivirus among all due to these cons but is a first choice for whom data backup is a necessary aim.

McAfee has won many distinguished awards since its release. Most of the superior features such as anti-theft features, security lock, Wi-Fi security, battery optimizer, memory cleaner, etc. are available in its’ free version of the application.

With interactive features and tutorials about every feature, McAfee has bagged a large number of users due to its recognition and user-friendly App.

McAfee falls in the midway between Kaspersky and Norton by detecting 99.5% of cyber threats according to the AV-Test. McAfee has a scheduler, which scans daily, weekly, as per the most set up by the user. So those who are a regular downloader from unknown or susceptible sites, the daily scanner of McAfee is a boon.

However, McAfee has a complicated setup if you go for the pro version and it also lacks tutorials, and hence newbies may not find it very useful. But McAfee and Norton are one of the most reliable Antivirus Apps. Security Master is the advanced version of the original CM Security. It is an all-in-one antivirus app which has a substantial number of downloads along with an excellent rating in the Play Store.

It keeps your Android safe from all kinds of malware and makes sure that no viruses get into your phone. The free version itself brings you tons of high-security features such as a scanner, message security, app locker, Wi-Fi security, junk cleaner, notification cleaner, phone booster, CPU cooler, battery saver, call blocker, etc.

I hope this list has helped you to choose the best Antivirus for your Android device. If you found any Anti-virus better than this, then do let me know in the comment section below. Also, let us know which Android Mobile security app you have installed on your Android device. Keep visiting for more reviews like this.