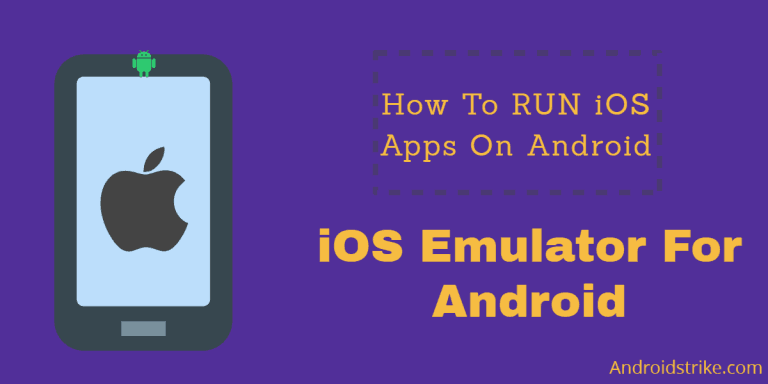 Update: both Cider and IEMU are completely stopped and not working on the modern smartphones. It has worked well in the past days. Maybe due to the massive security thread. Both the Applications are not working on Android devices. I hope you understood the reason, and no other apps are available to run iOS apps on the Android phone. We will update the post; Once we found any working iOS emulator for Android device.

If your Friend was an iOS user and you’re an Android user. You might not get a few apps on Android, which is featured on the iOS operating system. Nowadays, 90% of smartphones are working either on Android or iOS. But, It’s quite challenging to run iOS Apps on Android.

Because Both the Platforms have a considerable amount of users, and billions of apps are developed daily on iOS and Android operating systems. You can also check this out Best Movie Apps for Android.

In the year 2016, Android has got more satisfied customers than Apple. I even don’t know what’s the reason behind that. In my Opinion, Android smartphones are cheaper than Apple Devices. The idea may the Apple devices are the most expensive. I have spent a lot of time on discussion. Now, We will discuss the main topic.

How To Run iOS Apps On Android:-

Do You want to run iOS Apps on Android.? Then, You landed on the correct page. It is very much wondrous to work with Apple products (iPad and iPhone) and with their apps. To do so, You need the help of iOS Emulators installed on your Android device to run iOS Apps.

What You Will Get:-

If you’re an Android user? Don’t bother that you don’t have an Apple device (iPhone). Be happy with what you have. But, In such cases, I will be ready to help people by sharing some Tips and Tricks for Android and Latest Tech News.

It is the Great Opportunity for Every Android user to claim their wish. Because They can use iOS Apps on Android smartphone without any trouble using the best iOS Emulator For Android, Possibly Known iEMU & Cider.

It is the best User-friendly application and one of the Most Popular downloaded Application For Android that is used to run iOS Apps on an Android smartphone. I have listed some of the Features of the IEMU Emulator and steps to use it properly.

How To Use IEMU Emulator on Android;-

Cider Apk is also the other best-known Emulator to download and use iOS Applications on Android smartphone.  With this cider APK, You can enjoy all type of games and iOS apps on your Android device.

Cider Android Application was developed by students (six members). They researched and found that Apple and Android run on the ARM Hardware. After the successful programming, they launched the Cider APK, and It’s not an official app. But, it’s work perfectly on Android Smartphone.

These apps are the best iOS Emulators For Android available for free. Both the Cider and the IEMU emulators are the handy tools which create an iOS environment on Android and helps to run iOS apps on Android phone. Anyhow, Download the Emulators from the download links and enjoy.

Take a look at here:

I hope you liked this article. If you have any questions related to iOS Emulator Please, Ask me in the comment section below. Share this with your friends and relatives.