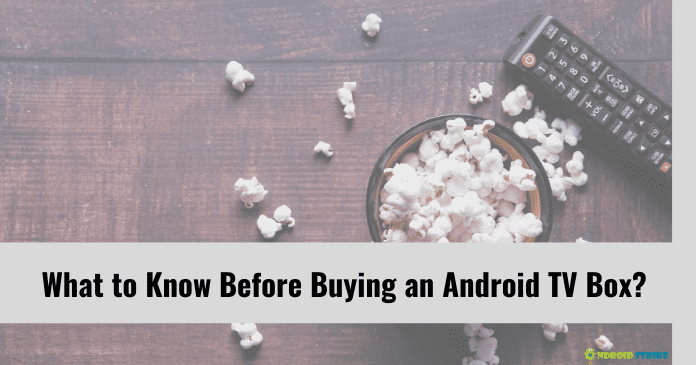 What is an Android TV box?

An Android TV box is a device that runs the Android operating system and connects to your TV, allowing you to stream content from various sources, such as Netflix, Hulu, YouTube, and more. It’s similar to a Fire TV stick but with a more powerful processor and more features. It can also be used to run Android games and apps, giving you access to the entire Google Play Store. The Android TV box can be used to stream content from a variety of sources, including local media, online streaming services, and more. It also has access to the Google Play store, which gives you access to a wide range of apps and games. With an Android TV box, you can expect to pay anywhere from $50-$100, depending on the features and capabilities.

What does an Android TV box do?

The device itself is small and compact, usually about the size of a smartphone. It can be plugged into your TV’s HDMI port, and then you can access the Android TV interface. The interface is similar to an Android tablet or smartphone, and you can use it to launch apps, browse the web, and access streaming services.

You can expect to pay anywhere from $50 to $200 for an Android TV box, depending on the hardware and features included.

What are the benefits of an Android TV box?

Android TV boxes are a great way to get access to your favorite streaming services and apps, allowing you to watch movies, TV shows, and live sports from the comfort of your couch. There are many benefits to buying an Android TV box, including:

• Access to popular streaming services such as Netflix and Hulu

• The ability to play games on your TV

• Advanced features such as voice search, 4K streaming, and more

Android TV boxes come in a variety of sizes and price points, so it’s important to research and compare different models before making your purchase. You should also consider the features you need, such as 4K streaming, voice search, and more, to ensure that you get the best value for your money.

What features should you look for in an Android TV box?

When it comes to choosing an Android TV box, there are a few key features you should look for. First and foremost, you should look for a device that is running the Android TV operating system. This is important, as other versions of Android may not have access to all the same apps and features.

You should also look for a box that offers 4K streaming capabilities, as this will allow you to enjoy the highest quality videos. Additionally, look for boxes that come with an ethernet port, as this will provide a more reliable connection than WiFi.

Finally, consider the processor of the box, as a faster processor will help ensure your TV box runs smoothly.

How much should you expect to pay for an Android TV box?

When it comes to features, you can expect to pay more for a model with more powerful hardware and advanced features, such as 4K and HDR video support. Models with 4K and HDR support are usually priced over $100.

Finally, you should also consider the cost of accessories. Many Android TV boxes come with a remote, but some may require an additional purchase. Other accessories, such as game controllers, may also be necessary for some models.

If you’re a casual user looking for an inexpensive way to get into streaming, entry-level Android boxes are the way to go. They are usually powered by the same processor as a mid-range smartphone and come with 1 to 2GB of RAM. Even with these specs, they can be surprisingly powerful and will be great for streaming movies and shows.

No matter which model you choose, you’ll need to factor in the cost of any accessories you may need such as a remote, a keyboard, or a case. You may also need to pay for an HDMI cable, depending on the model.

Mid-range Android boxes are the most popular choice. They are cheaper and more powerful than low-end boxes, but they don’t have the same features as high-end models. Mid-range boxes are good for streaming videos, playing games, and running basic apps. They typically cost between $50 and $100.

These boxes usually have a quad-core processor, 2GB of RAM, and 8GB of storage. They often come with Wi-Fi, Bluetooth, and HDMI connections for connecting to your television. Some may also come with a remote control, keyboard, and mouse.

When buying a mid-range Android box, make sure to check that it supports the apps you want to use, and that it is compatible with your TV. You should also make sure that it is running the latest version of Android.

High-end Android boxes are the most expensive of all the models. They typically have the latest and most powerful processor, the best graphics performance, and the most RAM. They also usually come with more storage than the basic models. Prices for these boxes can range from around $50 to upwards of $200, depending on the specs. Because they have the most features, they tend to be the most popular. They are great for gamers, streamers, and people who do a lot of multitasking.

These boxes are powerful enough to handle most tasks, and they come with extra features like Bluetooth connectivity and voice control. They are great for people who want the best of the best, and are willing to pay for it.

How to Choose the Right Android TV Box?

When shopping for an Android TV box, there are a few important factors to consider.

First is the price. You want to make sure you’re getting the best value for your money, so shop around and compare prices.

Second is the storage capacity. Most Android TV boxes have 8GB or 16GB of internal storage, but some have more. If you plan on downloading a lot of apps or storing media files, look for a box with more storage.

Third is the processor. You want a box with a powerful processor so it can run apps and games smoothly. Look for boxes with at least a quad-core processor.

Finally, consider the connectivity options. Make sure the box has at least one HDMI port and Wi-Fi connectivity. Some boxes also have USB ports, so you can connect external storage devices.

When it comes to price, you can expect to pay anywhere from $50 to $150 for an Android TV box.

Before you shop, you should consider what you will be using the Android TV Box for. Are you looking for a media center box, or do you simply want to stream movies and TV shows? There are a few important features to consider, such as the amount of storage, RAM, and processor speed.

If you are looking for a media center box, you should consider how many devices you will be connecting to it. If you want to connect multiple streaming devices and multiple TVs, then you should look for a box that has a higher capacity of RAM and storage.

Finally, you should consider the budget that you have for the box. Prices can range from as low as $50 to as much as $200. It all depends on the features that you are looking for in the box.

Look for the Latest Hardware

Whenever you’re looking to buy an Android TV box, make sure you look for the latest hardware. Look for a device with a 64-bit processor, such as the Amlogic S905X2 or Allwinner H6. The processor should also be paired with 2GB of RAM or more for smooth performance.

You should also look for a device with the latest version of Android TV, such as Android 9.0 Pie, as this will give you access to the latest features and apps.

Finally, make sure the device has plenty of storage space and is expandable with a microSD card. This will ensure that you have plenty of room for all your favorite apps and games.

Make sure it is compatible with your TV

Before purchasing an Android TV box, it’s important to consider the specs of the device. Look for a device with a minimum of 1GB of RAM and 8GB of storage. More RAM and storage will result in faster and smoother performance, so it’s worth investing in a device with higher specs if possible.

Finally, look for a device with an HDMI port and Ethernet port to ensure the best connection possible. Once you’ve determined the specs you need in an Android TV box, you can start looking at the price range.

When you decide to buy an Android TV box, you’ll want to compare prices to get the best value for your money. Prices range from around $50 to over $200, depending on the features you want. Make sure to read customer reviews and compare specs to find the box that best meets your needs.

The more features you want, the more you can expect to pay. For instance, a box with 4K capabilities and a powerful processor will cost more than one with standard HD and a slower processor. Look for features such as 3D support, voice control, and built-in storage.

Be sure to shop around for the best deals. Many online retailers offer discounts and bundle deals. You can also find used boxes at a discounted price. Just make sure to read the customer reviews and compare specs before making your purchase.

Android TV boxes are not only an inexpensive alternative to cable, but they also offer an incredible range of entertainment options. With an Android TV box, you can watch movies, stream live TV and even play video games.

However, it is important to do your research before investing in an Android TV box, as not all boxes are created equal. You should consider your budget and the features you need before making a purchase.

Finally, the cost of an Android TV box can vary depending on features and the brand. You can expect to pay anywhere from $30 to $300 for an Android TV box. With a little research, you can find the right box to fit your needs and budget.