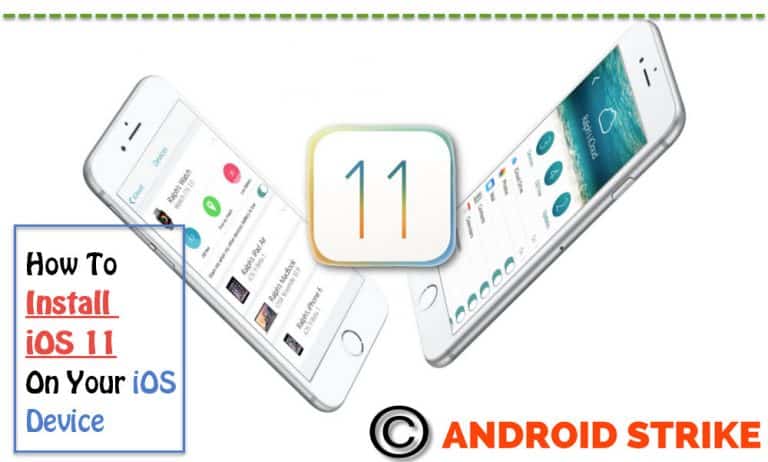 Apple has Unveiled their iOS 11 Preview on WWDC of 2017. So, This Update is not an official one, and it is available in the form of beta. The official release of iOS 11 will be on later this year. Apple has announced a lot of updates on iOS 11. You should be the developer to try the Beta Program. So, I am going to Guide to How to Install iOS 11 on Any iOS device without losing data.

Apple Confirmed that iOS 11 comes with neat User-Friendly Interface and It is only available in the form Beta. So, I suggest you to backup all the files with iCloud or any other Cloud Storage Platform to safeguard your files and apps.

Yes, Before moving on to the Guide. We should cross check, Whether the device is supported for iOS 11 update.

So, Here is the list of iOS devices that supports iOS 11: –

Below, We will see the list of devices which are not supported for iOS 11 update: –

How To Download and Install iOS 11 on iPhone, iPad, and iPod: -(Beta)

After the massive release of iOS 10. Apple decided to launch its brand new iOS 11 in 2017. As of now, No official release from them. But, Beta Program of series 11 software update available for users. The non-supported devices will not get any future update from Apple. Unless you do a jailbreak. Also, Check How to Run iOS Apps on Android Phone

2. Make sure that you have more than 80% of battery Percentage to get rid of unwanted issues while on installation and boot up the process. 5. After Restarting Your iOS device. Unlock it and Tap on Settings 7. Your device will get Beta Program update of iOS 11, and the size of the file will be around 2GB. Click on Download and Install and Enter the Passcode to continue.

8. Then, Tap on Agree and Agree their Terms and Conditions. Again, Select I Agree to Confirm the Installation.

9. Your iOS device will reboot automatically and Finally, You have done it!!

Yes, Finally we made it. I think you have gone through new iOS and also I hope you loved reading Guide on Install iOS 11. Then, What you think about iOS 11? Comment in the below section and also mention what you want to know about new iOS update. I will share it in my next post. Sharing is caring..!!